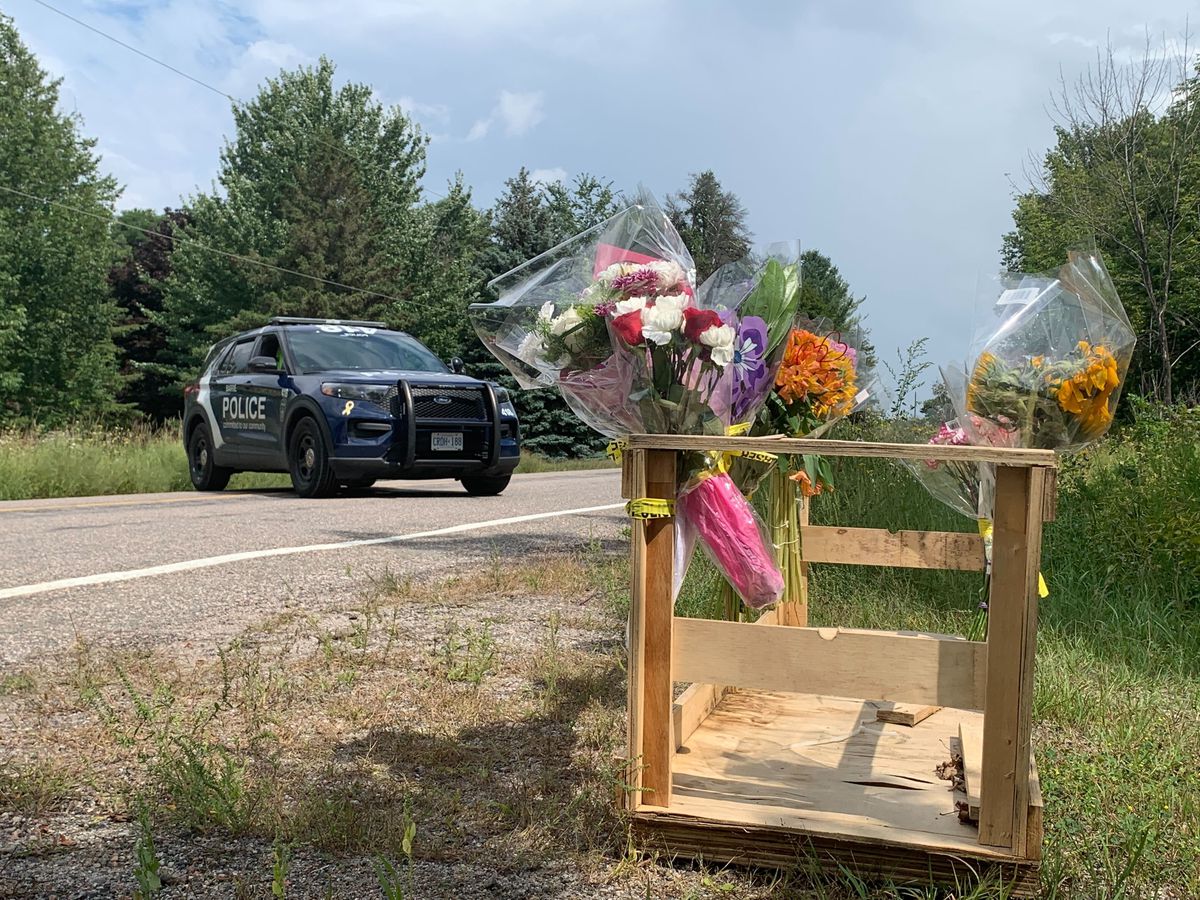 The six victims, all in their early 20s, were found dead at the site of a single-vehicle crash early Sunday morning, hours after police reported them missing.

Tributes have poured in over recent days, eulogizing the victims as future social workers, talented athletes, gifted students and loved sons and daughters.

Mourners left bouquets, candles and messages leading up to and around the base of the Spirit Catcher sculpture near the downtown Barrie waterfront, surrounding headshots of the six victims propped at the base of the statue.

Family members, friends and teammates, some sporting athletic jerseys, wept and tried to console one another as they shared stories about their lost loved ones.