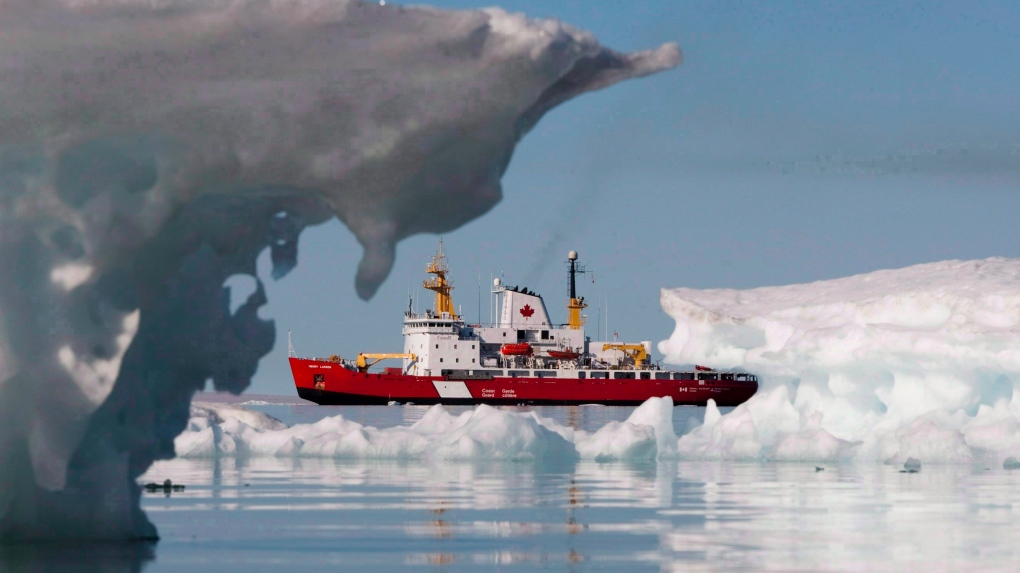 In a report released on Nov. 15, auditor general Karen Hogan highlighted the gaps in Canada’s surveillance of its Arctic waters, many of which could expose Canada to security threats, illegal fishing, and unauthorized entry of ships and vessels.

The main concern issued in the report is the number of ships and satellites that are said to retire before they can be replaced, leaving a gap in Canada’s ability to detect threats in the Arctic waters.

“I think we ought to think about the Arctic waterways as our internal waters which is essentially like our backyard, would you want someone traipsing through your backyard?,” said retired Vice-Admiral Darren Hawco on CTV’s Your Morning on Friday.

Hawco says Canada has an obligation to maintain a stable sovereignty over the Arctic waters to not only support the vessels there, but the environment as well.

“We’re responsible for the environmental stewardship, we’re responsible for search and rescue so vessels that are in the Arctic that are unable to monitor the ice and other risks, we’re obligated to respond to support them, because it’s our internal waters where Canadian laws apply.”

Hawco says Canada needs to focus more on the vulnerabilities between government communications and investing in seaport infrastructure improvements to better serve vessels passing through.

“Where we’re really vulnerable in, is we don’t have good seaport infrastructure in the North, we don’t have good air-breathing surveillance between all government departments, and most importantly, the ability to move information and enable decisions through the Marine Security Operations Center, polar communications and it’s a real challenge,” he said.

In the report, Hogan said three RADARSAT satellites launched in 2019 are set to be decommissioned in 2026. Their successor, which has yet to be completed, will likely not be launched until 2035.

Hawco says Canada won’t remain completely unprotected during this time as he says an older satellite will be among the four that will still be in operation.

“The reality is, the RADARSAT two constellation mission, which was launched in 2007, is still flying and still providing imagery through MDA to the government, Canada, so these satellites will last way past that point,” he said.

“We are on it,” she said. “Arctic sovereignty is absolutely crucial as this global environment continues to change, we will continue to upgrade our protections in our North.”