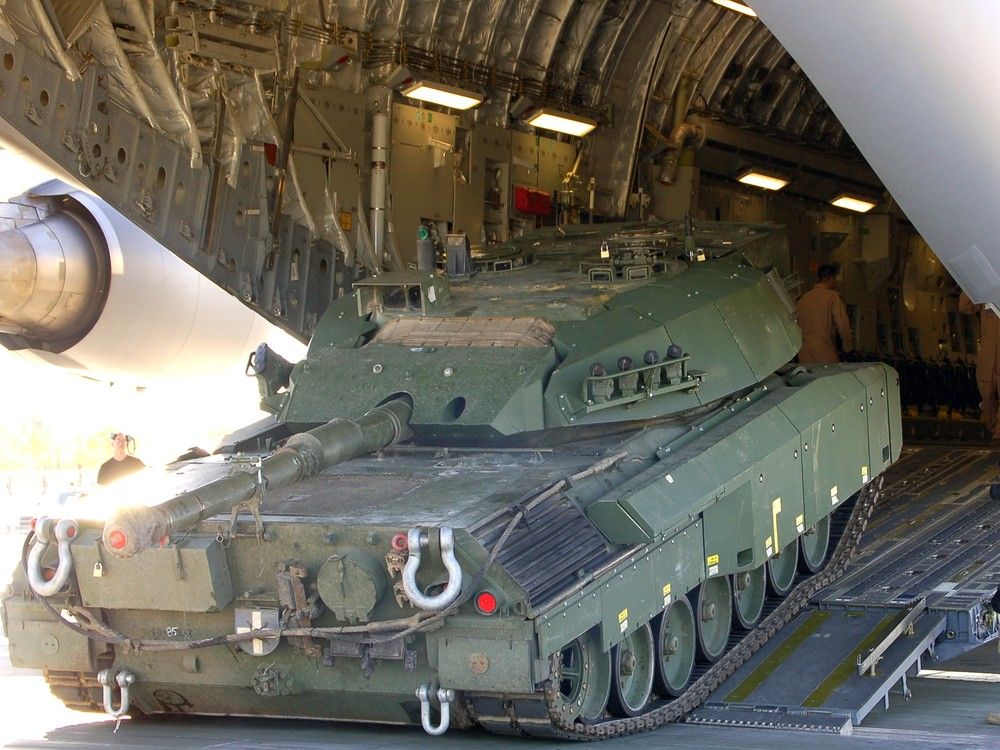 The Canadian Forces is looking at sending Leopard tanks to Ukraine but is still examining exact numbers it can donate, National Defense and industry sources say.

Plans are proceeding now that Germany has dropped its concerns about supplying the equipment to Ukraine which is in the midst of preparing for a new Russian offensive. NATO nations are co-ordinating between themselves trying to determine specific numbers of tanks that each country can provide.

The Royal Canadian Air Force could, if needed, use its C-17 transport planes to move the tanks to Poland, Canadian military insiders say. From there the armored vehicles could be transported to Ukraine.

Prime Minister Justin Trudeau said Wednesday that “I have no announcement to make today” about Canada’s donation of tanks.

But he suggested that could be forthcoming. “As you know very well, Canada always tries to do whatever it can to help Ukraine,” he told journalists. “We hope that we’ll have more to share in the next few days.”

The Canadian Forces has 112 Leopard 2s in its fleet. Some of the tanks are for training while others are armored recovery vehicles. Those can recover disabled tanks as well as provide combat engineer support.

The Canadian Army’s Leopard 2 fleet is primarily based at Canadian Forces Base Edmonton, CFB Gagetown, and at the army equipment fielding center in Montreal.

Military insiders say Canada is hoping to provide at least 10 Leopard 2s, if not more.

The Canadian government has so far provided Ukraine with $5 billion in aid and weapons since Russia invaded almost a year ago, Defense Minister Anita Anand has said.

Germany has announced it will send 14 Leopard 2 A6 tanks as well as ammunition and spare parts. Ukrainian crews will be trained in Germany.

The German army has 320 Leopard 2 tanks but not all are combat ready.

Poland has also noted it will provide Leopards to Ukraine.

The US is providing 31 of its Abrams tanks but those are seen as costly to operate.

The United Kingdom will donate 14 of its British Army Challenger 2 tanks.

Ukrainian President Volodymyr Zelensky’s chief of staff, Andriy Yermak, wrote on Telegram: “The first tank step has been taken. Next up is the ‘tank coalition’. We need a lot of Leopards.”

Canada is under pressure to provide even more weapons to Ukraine.

Retired chief of the defense staff Gen. Rick Hillier said the Canadian Army should donate 50 of its Leopard 2 tanks.

Hillier, who works as an advisor for the Ukrainian World Congress, had previously called for the Canadian military to give up half of its armored vehicles to Ukraine. When he was army commander Hillier tried to get rid of Canada’s Leopard tanks, claiming they were of no use in conflicts that Canada would become involved in such as Afghanistan.

Warfare had changed, according to Hillier. No longer was the Canadian Forces facing the Russians, he wrote at the time.

Later, however, the Canadian Army discovered that the Leopards did have a role in Afghanistan and in 2006 the tanks were rushed to Canadian Forces fighting in Kandahar.

Last September Bob Rae, Canada’s ambassador to the United Nations, told CBC the Canadian government should say yes to every request for weapons it receives from Ukraine.

NATO nations have been sending large amounts of weapons to Ukraine since the Feb. 24 invasion of that country by Russia. Some NATO officials view the war as an opportunity to either force regime change in Russia or to seriously weaken that country militarily.

In May 2022, Lithuanian Foreign Minister Gabrielius Landsbergis told the Associated Press that removing Russian President Vladimir Putin from power was the only way to protect the West.

US defense secretary Lloyd Austin, a retired four-star US general, said last year that, with enough equipment, Ukraine could defeat Russia. Austin told reporters the US wanted to see “Russia weakened to the degree that it can’t do the kinds of things that it has done in invading Ukraine.”