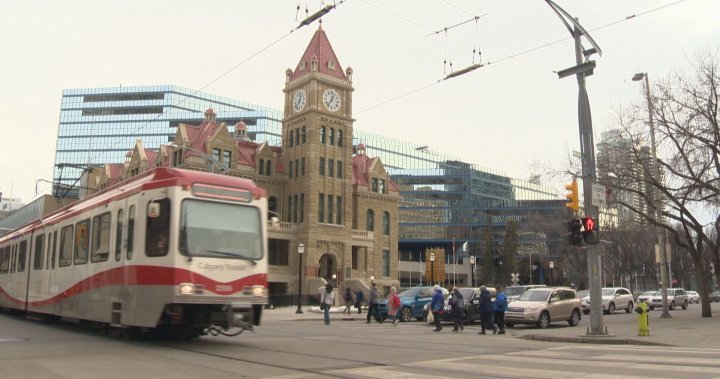 Calgary Transit officials anticipate it will take two years to increase the frequency of buses and trains due to staffing challenges.

City council heard during Day 4 of budget deliberations that transit is short 800 operators after pandemic layoffs and other attrition within the service.

“We do service changes quarterly, so you’ll start to see some of that service coming on.”

Council heard 253 operators have already been recruited this year, with the service ramping up its training teams to get the new operators on the road.

Fleming said Calgary Transit plans to have the service operating at pre-pandemic levels by the end of next year.

Transit is currently running at 80 per cent of 2019 service levels, council heard.

Operating funding for transit in the budget is proposed to increase from $265.6 million to $286.5 million over the next four years.

“For this year, it’ll be about pushing forward on the recovery, then you’ll see the increase in service levels over the remainder of the budget period,” Fleming said.

From transit to climate, Calgarians speak on proposed four-year budget

Fleming told council that while the funding will help, the issues facing transit aren’t a budget issue and will require time.

“I think that is really hard for the public to hear. I think they really want to see that increased frequency,” Ward 3 councilor Jasmine Mian said. “But it is challenging because not everything is just a budget problem.”

Transit safety was also a topic of discussion during Thursday’s budget deliberations, after video was released of an incident last week at the Marlborough LRT station in which a fight broke out that included weapons and a flare gun.


One man is in custody after the incident, while Calgary police continue to search for the three other men involved.

Ward 10 councilor Andre Chabot said he found the video of the incident “troubling” and added he and a group of fellow councilors are looking into the possibility of limiting access at some LRT stations in the city by piloting a “closed system.”

“If we had a closed system in some of these stations that can actually accommodate it, where you’ve got limited points of entry, we could eliminate some of these sort of social behaviors occurring within our transit stations,” Chabot told reporters.

Calgary Transit confirmed that a study on implementing a closed system in the city is included in the funding in the proposed four-year budget.

“Safety and security is a big issue as far as trying to get more people back on the system,” Chabot said. “If people don’t feel safe, they’re not going to get on the system.”

Safety on Calgary Transit has been a growing concern during the pandemic, with police warning the public about a string of alleged sexual assaults in recent weeks at Dalhousie Station, including one that reportedly involved a woman in a bus shelter.

Calgary Transit riders who spoke to Global News on Thursday said they often are concerned with safety while using the service.

“When I walk by, I always watch,” Amy Tam said. “When someone is approaching me, then I just back off.”

The University of Calgary’s Student Union said it has heard from students that don’t feel safe riding the train, and want to see students involved in discussions about safety on the system.

“Post-secondary students pay for a UPass each semester, regardless of whether they use transit day to day or not,” student union president Nicole Schmidt told Global News. “So as a result of that, we’re asking that post-secondary students should be engaged by Calgary Transit and the City of Calgary when it comes to solutions to improving transit safety.”

Calgary Transit officials said $5.9 million in funding from the city is currently being used to hire more transit peace officers to increase a security presence on the system.

Researchers suggest rethink of Calgary Transit funding ahead of budget

Officials told council that six peace officers are set to graduate this week, with another 14 later this month. Fourteen more are set to complete their training in early 2023.

Mayor Jyoti Gondek said the city is still waiting for provincial funding to help improve safety on transit that was announced back in October.

“To be fair, that was a different government. We have a new government that is making all kinds of commitments to our city and we hope we can access some of those funds quickly,” Gondek said.

However, Fleming told council that safety on transit will be improved by increased ridership.

“One of the best strategies to increasing safety on transit is actually ridership return,” Fleming said. “Now we need to find ways for people to return more, and that reliable frequent service is what it will take.”