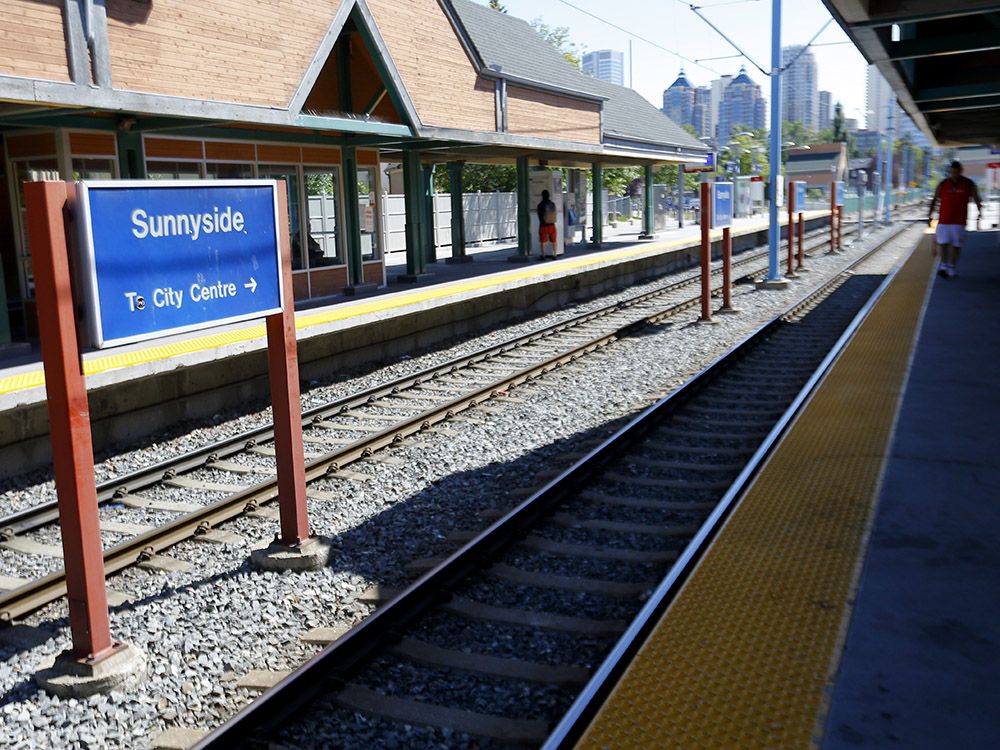 The violent assault of a Calgary senior at a northwest LRT station significantly contributed to his death two months later, a judge ruled Friday in finding his assailant guilty of manslaughter.

Yang was rushed to Foothills Medical Center that day after he was shoved by Basil Sweezey at the Sunnyside CTrain station and fell backward, hitting the back of his head on the cement platform.

Campbell agreed with Crown prosecutor Todd Buziak that security video from the station clearly showed Sweezey pushing the victim with both hands after wrongly accusing him of stealing property of the offender.

“Mr. Sweezey used both of his hands to forcefully push Mr. Yang in the chest,” Campbell said.

The blow to the back of Yang’s head knocked him out. Sweezey immediately tried to assist by propping up the victim “but Mr. Yang is dead weight, falling back like a rag doll,” she said.

The Court of King’s Bench judge also rejected an argument by defense lawyer Telmo dos Santos that Sweezey’s actions were justified because he was trying to retrieve his stolen speaker he had left on a recycling bin to recharge while he rested on a nearby bench.

“I find there is no air of reality to that defence,” she said.

Campbell said Sweezey had no reasonable grounds to believe it was Yang who took his property, which he had left in a public area where anyone might take it.

“The most Mr. Sweezey had suspicion and speculation.”

The surveillance video showed another man remove the speaker from the recycling bin about a minute before Sweezey confronted Yang, who was by the bin searching for empty cans and bottles at the time.

Campbell said the prosecution had to prove two elements of the crime, that Sweezey committed a serious assault on Yang and that act significantly contributed to his death.

“Mr. Sweezey committed a dangerous and unlawful act when he pushed Mr. Yang,” she said.

Dos Santos argued the multiple medical conditions Yang suffered after he was hospitalized were the major factor in his death.

But Campbell accepted the evidence of pathologist Dr. Eric Bol, who said the cause of death was the blunt force trauma to Yang’s head and other ailments were just contributing factors.

“I am satisfied that Mr. Sweezey’s assault was a substantial cause of Mr. Yang’s death.”

Dos Santos asked that the case be adjourned so he can discuss with Sweezey, who remains in custody, whether he wishes to seek a report into his Indigenous background.

A sentencing date will be set Oct. 14.