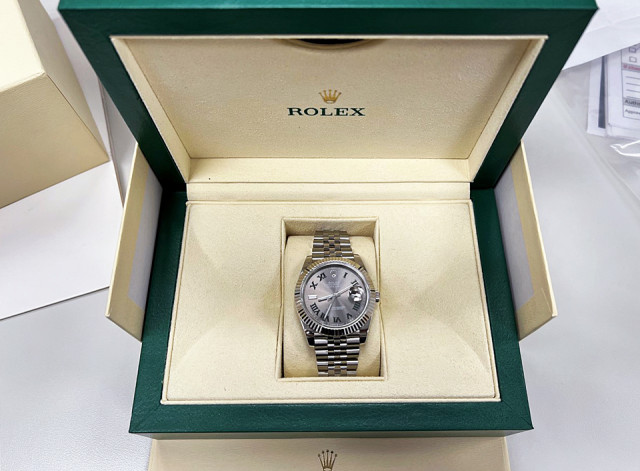 A counterfeit Rolex Wimbledon watch bought in Burnaby came with a bogus receipt and certificate of authenticity, according to police.

If you’ve spent thousands of dollars for a luxury watch on Craigslist, Burnaby RCMP are warning you might have been scammed.

In November, a Burnaby resident paid $10,000 for what he believed to be a Rolex Wimbledon, according to police.

The watch had been advertised on Craigslist and came with a receipt and certificate of authenticity, police said.

Shortly after the in-person sale in Burnaby, however, the buyer became suspicious and had the watch appraised.

It turned out the “Rolex,” the receipt and the certificate of authenticity were all fakes, according to police.

Burnaby RCMP, which described the Rolex as a “convincing fake,” is investigating the fraud and urging potential buyers of luxury goods to be cautious when buying through online marketplace websites.

“If it seems too good to be true, it probably is. Buyers need to be aware that scammers are always looking for targets,” Cpl. Mike Kalanj said in the release.

Burnaby RCMP is urging anyone else who might have bought a luxury watch through an online marketplace website to get the item appraised.