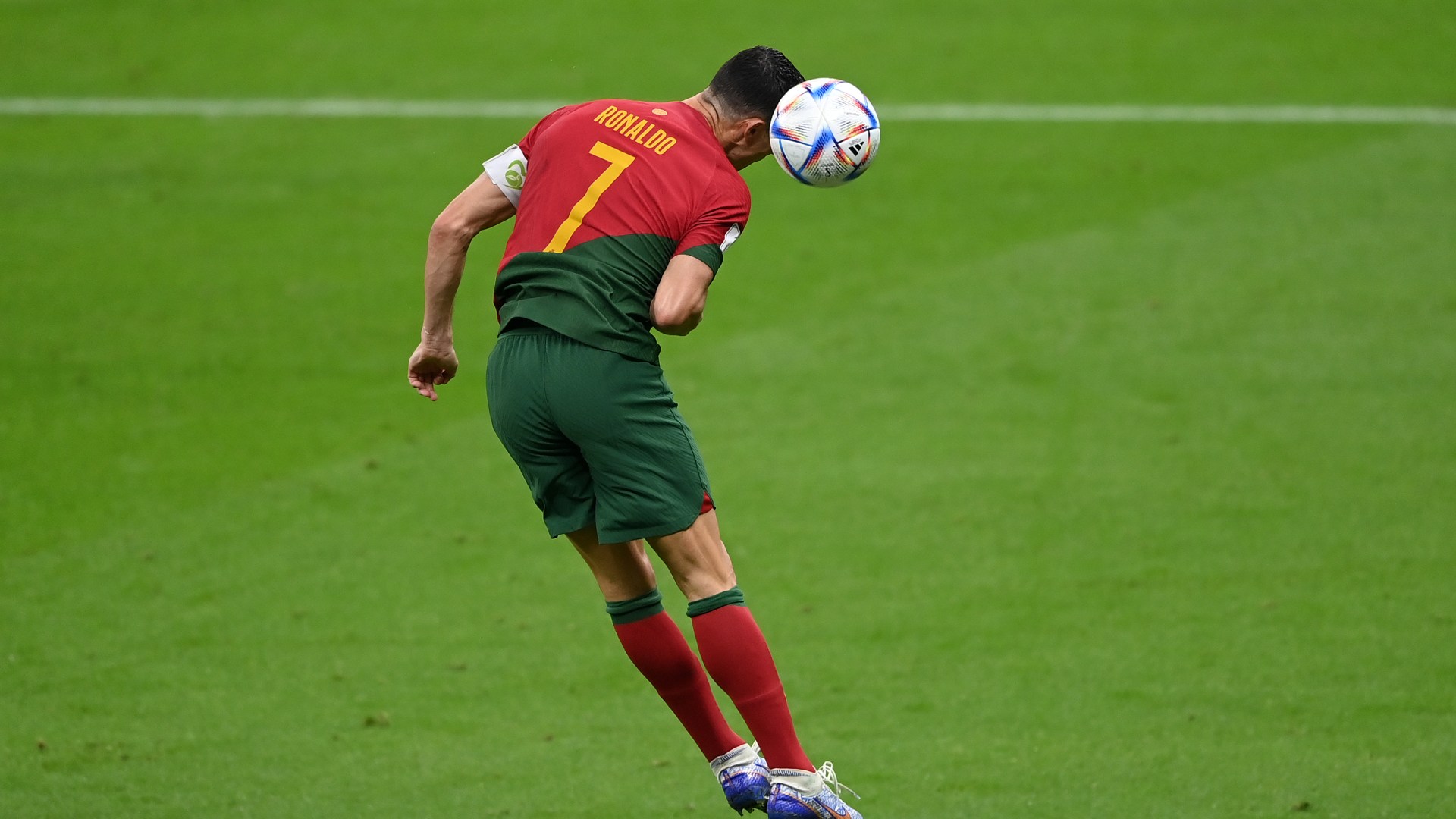 Bruno Fernandes believed Cristiano Ronaldo touched the ball for his first goal in Portugal’s win against Uruguay, and insisted he would have been happy for his former Manchester United teammate to have it.

Portugal qualified for the last 16 of the Qatar World Cup with a 2-0 win at the Lusail Stadium on Monday, and the records will show Fernandes bagged a brace.

His second of the night was undisputed as it came from the penalty spot, but his first caused plenty of debate.

The midfielder saw his ball from the left hand side pass the head of Ronaldo before nestling in the far corner.

Ronaldo appeared convinced he had got a touch and and ran off in celebration, believing he had claimed his ninth World Cup goal to draw level with Portugal’s record World Cup goalscorer Eusebio.

But after studying the replays, it was deemed the 37-year-old had not in fact touched the ball and it was duly awarded to Fernandes.

Speaking post-match, Fernandes said he wasn’t bothered whose goal it was.

“I don’t think it really matters who scored the goal at this point,” the Man United star said.

“The feeling I had at the time was that Cristiano touched the ball. I was passing the ball to him.

“But the important thing was that we won tonight against a very tough opponent.

“The importance of us being first in the group includes us winning the next game, which would allow us to come out of the group undefeated. That’s what we want.

“We have a very organized team ahead of us on Friday, and our objective is to take it match by match.”

After seeming to claim the goal with his celebrations, Ronaldo was subbed in the 82nd minute, and was later seen continuing his belief.

In a video clip captured by Sport TV in Portugal, the free agent was reportedly talking to a friend on the sidelines, pointing at his head as if to say the ball touched him.

Whether it did or not, we may never know.

But he will now be more desperate than ever to match Eusebio’s record in the last 16.