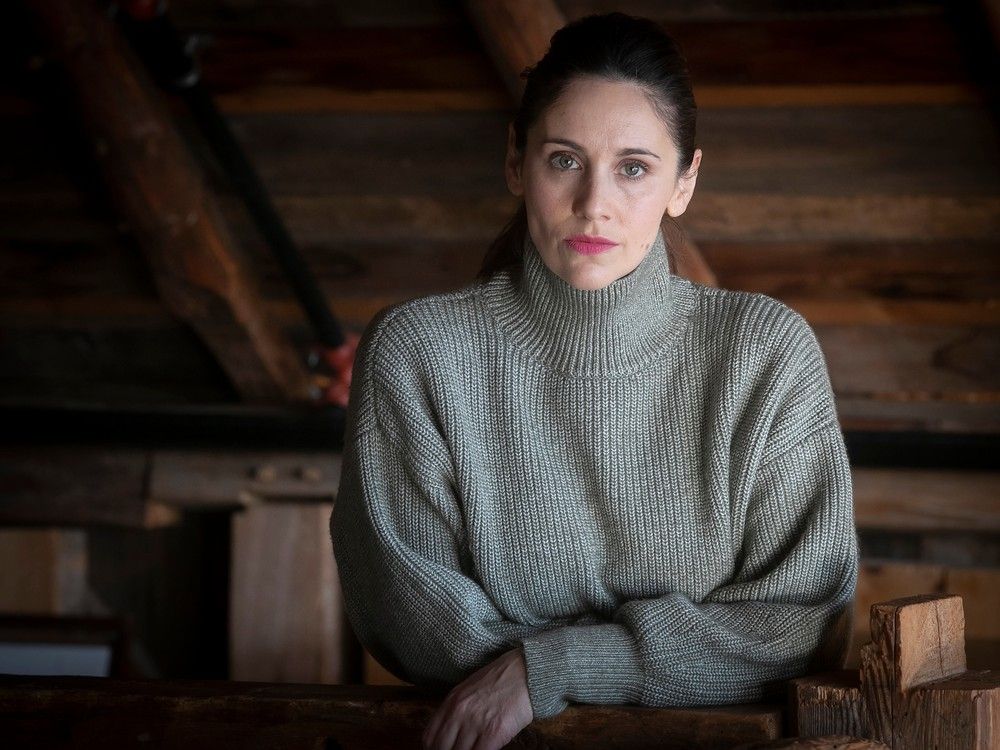 Actress Erika Rosenbaum was understandably moved by the new film She Said, an account of the New York Times investigation into the sexual abuses of Harvey Weinstein. Rosenbaum, a native of Ormstown, was one of the scores of women to accuse the now convicted, former powerhouse Hollywood producer.

The movie’s title is deceptively simple. She Said is anything but a simple account of the efforts of reporters Jodi Kantor and Megan Twohey to open up the floodgates and reveal Weinstein’s crimes.

Kantor and Twohey — though faced with intimidation, like so many Weinstein tried to silence — were relentless in getting once-reluctant survivors to speak out. They are rightfully credited for their roles in helping to start the #MeToo movement and the eventual 23-year sentence handed to Weinstein for his crimes in his New York trial. Their reportage also garnered them the Pulitzer Prize in 2018.

Rosenbaum, who had been and still is in contact with Kantor, said she had terrifying experiences with Weinstein over 18 years ago in Hollywood, which she recounted in the documentary Untouchable.

In our two previous interviews around three years ago, she vividly recalled what she thought would be an opportunity of a lifetime in an LA hotel meeting with Weinstein. Like Weinstein’s other accusers, Rosenbaum, then in her early 20s, feared angering him and getting blacklisted by speaking out. But unlike some of the others, she said she managed to escape the clutches of Weinstein in one instance, describing how the partially naked producer ambushed her in his hotel bathroom and tried to pleasure himself while holding onto her.

The experience shattered her self-esteem, left her reconsidering her career path and led to her moving back to these parts. Rosenbaum said she was left so numbed and shamed by her order that she was only able to talk about it publicly five years ago. Not even her husband and parents had been aware.

“I feel She Said really honored the Weinstein survivors in a very real, respectful and powerful way. The story is very much about the women and the reality they had to deal with,” Rosenbaum says in a phone interview from the Ormstown home she shares with her husband and four children.

Rosenbaum had written to Kantor the day the Times story was published.

“That’s how my story became part of the greater story, through Jodi. We kept in touch after that. I actually wrote and congratulated Jodi while I was sitting and shaking in the theater as I was watching She Said. She wrote very generously to me in response. I think we connected, and we’ve enjoyed keeping track of one another. This has been an incredible ride for (Kantor and Twohey) and a life-changing story for them as well in creating an incredible moment of history. I’m just in awe of them.

“In the movie, Jodi says and had also told me: ‘I’d like to get all (the survivors) in a room together someday.’ I hold that hope as well, and stand up and applaud all these women who have changed our lives.”

Rosenbaum was particularly impressed with how She Said handles women’s issues, including those of the Times writers. For instance, Twohey had recently given birth and was experiencing postpartum problems, but nevertheless was undaunted in her reporting.

“I loved that the film was able to touch on that common experience of womanhood, and that they were able to do that without making a big thing about it or turning it into a big subplot about mothers on the job. They just included it, because it counts in our experience.

“From the time you’re three years old, you’re spoken to like a woman. My mother told me when I was having children that there would be moments when I would be in labor that I would feel connected to all the women who had come before me. And that happened. For better or for worse, it’s a powerful thing, this sisterhood, and the way that it’s necessary to create change.”

On top of other issues, Kantor and Twohey dealt with harassment and threats. “And without them knowing exactly the enormity of (Weinstein’s) reach, either,” Rosenbaum says. Jodi knew she was being watched. That’s how big this is. His power then was not a small thing. It’s bigger than him just getting you blacklisted with casting directors.”

Rosenbaum, who trained at Ontario’s Stratford Conservatory and New York’s Neighborhood Playhouse, has dozens of acting credits, including plum roles in films by Atom Egoyan, Tony Goldwyn and Jacob Tierney. She is currently in post-production in Montreal on the psychological thriller Home.

What’s now worrisome to Rosenbaum and countless others is that while Weinstein is on trial in LA for more sexual-assault-related crimes, hey was granted a further appeal before the New York Court of Appeals. Many fear this could lead to a lesser sentence, or even his release from prison.

“I find it upsetting when we are asked why we’re still talking about this. We’re told it’s done, that the story is over,” Rosenbaum says. “I believe the industry is a little safer now, but it’s really not over. It’s actually very much the beginning not only of this story, but this moment for women in exposing these power dynamics. It’s a long battle we have to fight to be safe in the world, to be treated with respect.

“There has always been a possibility that (Weinstein) could get out. He still has connections. Look, Bill Cosby walked out the front door (of prison) — and pretty quietly, I might add. But we know the truth, and we’ll continue to fight, to testify in court and make sure that he is charged and convicted, because he is a criminal.

“So, like so many others, I’ll continue to keep the conversation going.”

She Said is now playing in Montreal theatres.