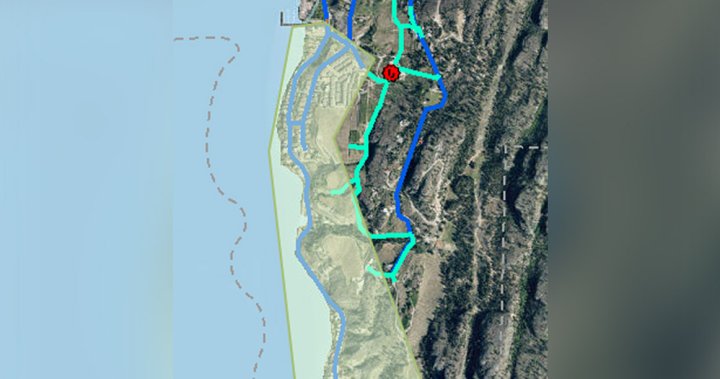 The City of Penticton says a boil-water notice for more than 200 homes will remain in place throughout the weekend.

The boil-water notice was issued Wednesday following a water main break at Lakeside Road and Brantford Avenue. The city said the break resulted in low water pressure, which may result in contaminants in the system.

According to the city, the affected homes are south of Brantford Avenue, and an update will be issued Monday after test results are reviewed with Interior Health.

Penticton, BC venues prepare for return of Christmas parties, events

The boundaries of the area affected, include:

1:22
Northern BC trailer park left without running water for weeks


“While water main breaks are not abnormal this time of year as things begin to freeze, it is extremely rare within the City of Penticton to have to issue a boil water notice,” the city said Friday.

The city’s public works manager, Len Robson, said the city issued the notice out of an abundance of caution.

“Although the water main was fixed the same day, it does take some time for the water quality testing process, which is critical to ensure the water is safe to drink,” said Robson.

“We hope to have some good news for the affected residents soon.”


A boil-water notice means residents must bring their water to a rapid, rolling boil for at least one minute prior to using it for domestic purposes, including drinking, making infant formula and juices, cooking, brushing teeth, washing raw foods and making ice .

Alternatively, residents may use bottled water.