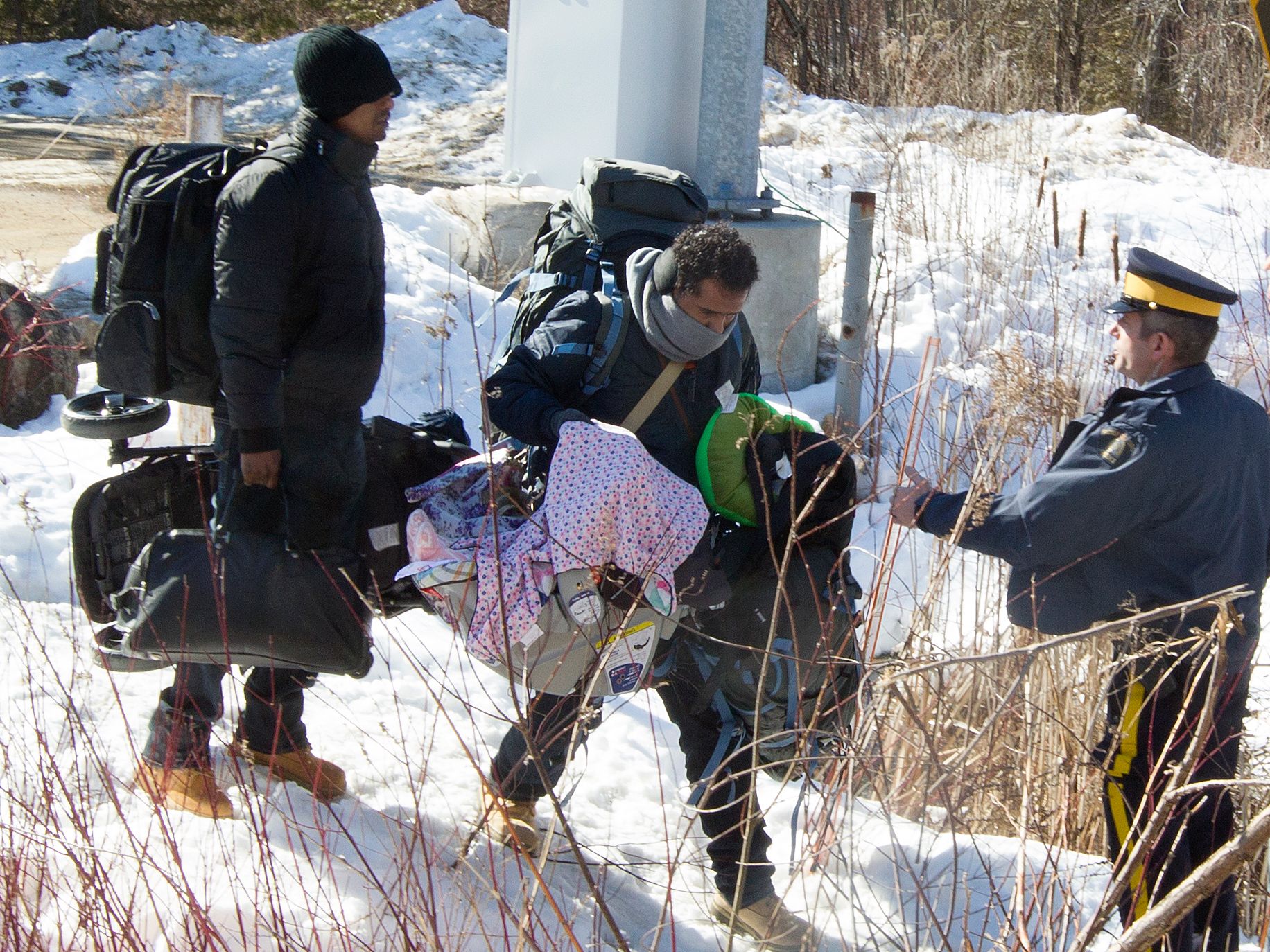 Not even one week after the calendar flipped to 2023, a familiar story played out near the Canada-US border in Quebec. A Haitian man died trying to cross the border traveling south.

Not a winter goes by without the possibility of individuals losing life and limb on our border.

Regrettably, the start of the new year has not heralded a new conversation around the border. Instead, the news media and political leaders of all stripes have resorted to the same narrative, focusing on the border crossing at Roxham Road where many individuals cross into Canada between ports of entry to seek refugee protection.

But in 2023, the federal government could signal a change in policy. This can be the year in which our leaders tackle the issues that are directly caused by the operation of the Safe Third Country Agreement (STCA), which bars refugee claimants in the United States from making refugee claims at official Canadian land border ports of entry, subject to limited exceptions. In a recent interview with CTV’s Vassy Kapelos, Public Safety Minister Marco Mendicino stated that Canadian and US officials are working together to “modernize” the safe third country act.

Let’s be frank. Any efforts to “modernize” the STCA that involve extending it across the whole border will cause more harm than good. Individuals will continue to cross the border in hopes of finding protection in Canada; they will just use riskier methods of doing so. And of course, sealing a border this long is simply not practical.

The prime minister acknowledged in May 2022 that refugees will continue to attempt to enter Canada even if Roxham Road is shut down. They do so because they need protection against attacks, torture and imprisonment in their countries of origin simply because of their sexual orientation or religion or ethnicity. Even federal Conservative leader Pierre Poilievre mentioned that he understands “why desperate people are trying to cross there,” though he erroneously claimed that it is illegal to cross at Roxham Road. While Roxham is not an official port of entry, it is lawful to enter a country at any point for the purpose of seeking refugee protection.

Change is needed, but not in the way recently discussed. It’s not the monitoring of the Canada-US border that is “broken.” The STCA itself is the culprit. The STCA is the reason that refugee claimants are funneled to Roxham Road. The prime minister recently applauded the “generosity” of Quebec in welcoming refugee claimants but said that “we want to be in a situation where it is not necessary.”

There is a simple solution: End the STCA. While the Supreme Court is currently assessing the lawfulness of the agreement (CARL is an intervenor in the case), there are good policy reasons for Canada to end or suspend the agreement even if the court upholds its legality. Refugee and social services advocates in Quebec have described the stress they are under because of Roxham Road funnelling claimants into that province. Were the agreement suspended, potential claimants could initiate claims at any port of entry nationwide. This would spread claimants across the country, ease the pressure on Quebec, and likely lead to faster processing.

In addition, even without suspending the agreement, a middle of the road solution already exists within STCA. Article 6 of the agreement allows either country to establish “public interest” exceptions for certain types of claimants. Canada has created one such exception for those who could face the death penalty if returned to the US or a third country. Canada could make greater use of Article 6 to create exemptions for those who do not receive the equivalent protection in the US that they would in Canada. These categories include refugees who would be put into US jails, women fleeing domestic violence, and those who are time-barred from making claims in the US

We cannot ignore that a significant number of people who cross at Roxham Road are accepted as refugees and contribute to the Canadian economy — including many who served on the frontlines of the pandemic as “guardian angels.” And although the number of arrivals at the border increased in 2022, this number remains a small drop in the global bucket.

Let 2023 be the last year that the STCA forces some of society’s most vulnerable to risk their lives to reach our refugee system and obtain the protection they need. It’s time to tackle this once and for all.

Aviva Basman is the President of the Canadian Association of Refugee Lawyers (CARL). Adam Sadinsky is the Co-Chair of CARL’s advocacy work. Both work as refugee lawyers in Toronto.