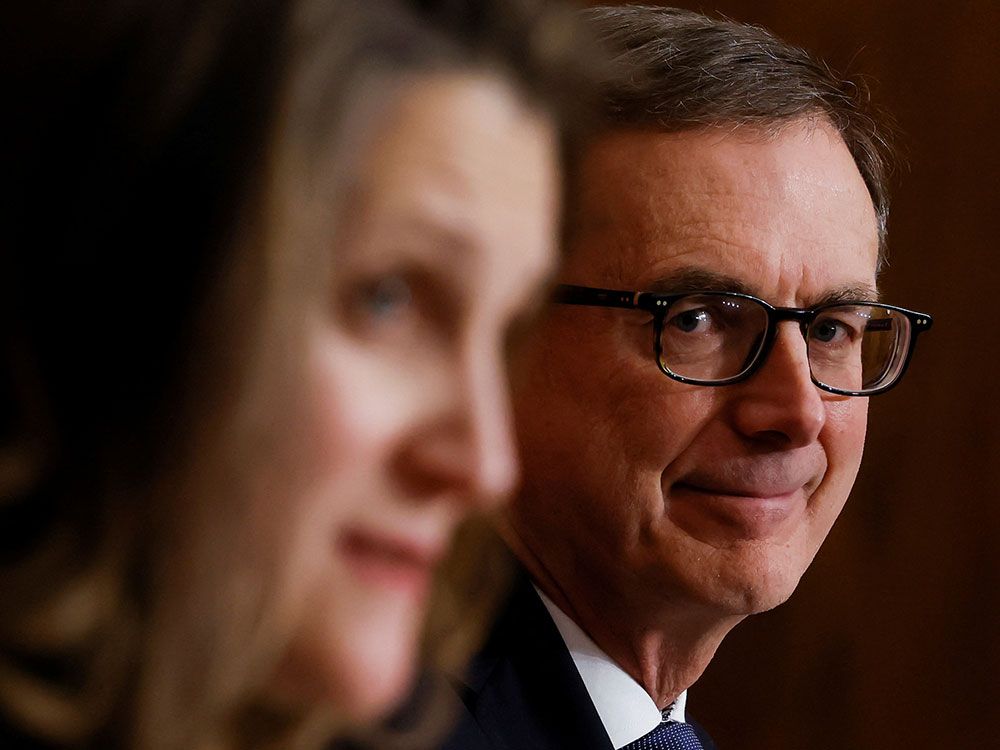 Finance Minister Chrystia Freeland will amend the Bank of Canada Act to give the central bank the ability to retain earnings, a legislative tweak that should allow Governor Tiff Macklem to manage losses from his aggressive bond-buying spree during the COVID-19 crisis.

The Bank of Canada reported a loss of $522 million in the three months ended Sept. 30, 2022, the first time the institution had been in the red since it was created almost 90 years ago.

The next issue of FP Finance will soon be in your inbox.

The central bank doesn’t exist to make profits, so the losses don’t affect its actual mission of using its unique power over interest rates to control inflation. But the sight of that red ink was a magnet for critics who are highly skeptical of the methods that led to those losses, specifically, quantitative easing (QE), an approach to monetary policy that involves creating money to purchase bonds and other financial assets.

Macklem flooded financial markets with money during the COVID-19 recession, determined to fend off the effects of the pandemic as quickly as possible. He purchased government bonds from private lenders by crediting their accounts at the central bank. Many other central banks did the same, putting downward pressure on interest rates by increasing the demand for bonds. Bond yields have an inverse relationship with price, so bidding up the price of the bonds helped keep interest rates low.

Initially, the central bank made money, but when interest rates spiked amid surging inflation, the accounting math changed. Now, the Bank of Canada is facing a couple of years of losses on those deposits it created for the financial institutions from which it purchased the bonds.

The Bank of Canada insisted the situation was nothing to worry about. There is no danger of the central bank going bankrupt and any number of private companies remain going concerns by offsetting current losses against future profits.

However, the Bank of Canada wasn’t given the ability to retain earnings by the politicians who created it. The central bank must send its profits to the federal treasury. Typically, that’s about $1 billion per year, and the transfer surged to about $2 billion during the early phase of QE. But there is no provision in the enabling legislation for managing losses.

For whatever reason, Freeland allowed the situation to persist for months. The Toronto Star and the Financial Post flagged the issue in September, and Macklem told lawmakers in November that a solution was close at hand. It appears to have taken another couple of months to finally decide on one.

“The minister of finance has recently communicated to me that the government intends to introduce legislative amendments that will allow the bank to retain earnings to offset losses,” Macklem said at a press conference in Ottawa. “It will allow, on a temporary basis, the Bank of Canada to retain earnings rather than return them to the government for the purposes of covering losses.”

Macklem added: “Once positive equity is restored, we would resume our normal remittances to the Government of Canada and this will mean, what I would say, is a good solution. It’ll allow us to manage our equity, and it’ll give us all the tools we need.”