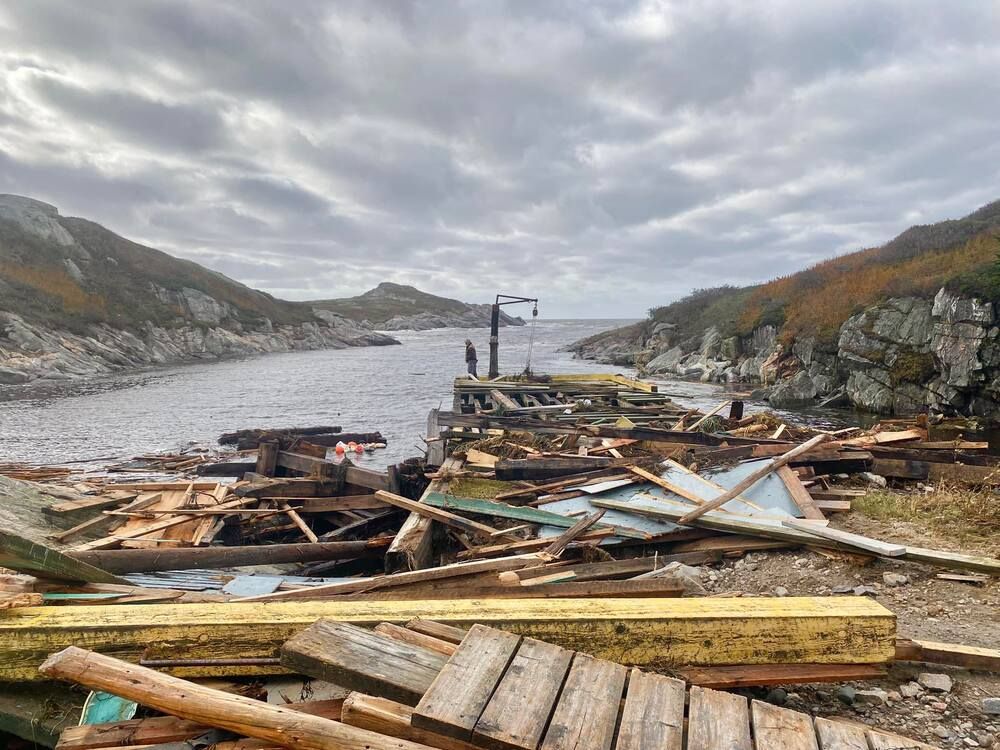 It will take several months for Atlantic Canada to restore critical infrastructure after the powerful storm Fiona left an “unprecedented” trail of destruction, officials said on Sunday, as crews fanned out in five provinces to restore power and clean up fallen trees and debris.

Atlantic Canada is used to powerful storms, but not since Hurricane Juan struck in 2003 have the people living there encountered anything of this magnitude.

Sign up to receive the daily top stories from the Financial Post, a division of Postmedia Network Inc.

The next issue of Financial Post Top Stories will soon be in your inbox.

“The difference between them was that Fiona was huge in scale,” said Carmen Hartt, a meteorologist at the Canadian Hurricane Center in Dartmouth, NS “It covered from New Brunswick to Newfoundland, like with this rain and wind at the same time, so I think in terms of just the impacts, it’s the worst tropical system to affect Canada in a generation.”

By the time the Hurricane Fiona made landfall, it had already been recategorized as a post-tropical storm, but it made little difference: The breadth of the damage to Canada’s Atlantic coast — where houses were swept out to sea, roads were washed away and numerous trees felled — has not been seen before.

Bill Blair, federal minister of emergency preparedness, said the storm was “without precedent in our experience, and it is concerning because we’re still early in the hurricane season. I’m not an alarmist, but I think it’s important that we be well prepared.”

Blair said the sheer size of the area hit by winds and rain differentiates this storm: Labrador and Newfoundland, New Brunswick, Nova Scotia, Prince Edward Island and Quebec were all hammered in places.

“There’s been an awful lot of damage,” he said in an interview. “There’s trees down everywhere. Roofs blown off people’s houses and businesses and some community infrastructure.”

The good news, he said, was that major transportation infrastructure — from the Confederation Bridge and Canso Causeway to many airports and ferry facilities — was not severely damaged.

There was no estimate of the dollar value of the damages, but Transportation Canada planes were surveilling the region and Canadian Armed Forces had been deployed. Meanwhile, the storm winds had diminished significantly, and it was moving out to sea above Labrador.

Some of the worst damage occurred in Port aux Basques, NL, where the storm surge unluckily coincided with a high tide and swept whole houses and buildings out to sea. Blair also said an “auberge” in the Les Îles-de-la-Madeleine, Que., as well as countless fishing buildings located along the coast throughout the region were destroyed.

Nova Scotia requested the troops and machinery to clear debris Saturday, “and we said yes, and so they’re being deployed today,” Blair said. Other provinces are also in discussions about federal aid, he said.

“We’re hearing from a lot of people whose homes have been damaged, and from mayors reporting, significant impacts on their communities,” said Blair. “We’re prioritizing hydro restoration, making sure everybody is safe, and that people have access those critical services that they need for health and food, and utilities.”

There was no estimate of the dollar value of the damages, but Transportation Canada planes were surveiling the region and Canadian Armed Forces had been deployed. Meanwhile, the storm winds had diminished significantly, and it was moving out to sea above Labrador.

But she added that Fiona had wind diameters that measured 600 kilometers, making it far larger in scale than anything in recent history: The eye of the storm landed closest to Cape Breton, and swept through all of the Gulf of St. Lawrence, which because it is a contained area, caused water levels to rise.

As Hurricane Fiona ripped across the Atlantic on Friday evening, with powerful gusts of wind sculpting waves 10 meters high, darkness descended on Halifax and surrounding area, Hartt said. Street lamps went out as power lapsed and the blackness was punctuated by flashes of light reflected in clouds, when electrical transformers in the distance exploded, she said in a telephone interview Sunday.

Hartt said that on Friday evening, at her home in Dartmouth, the winds began to shake houses and nearby trees. Power dropped out, and she noticed the distinct absence of its familiar ambient buzz.

“I heard a few bangs and stuff and we figured that was probably things flying around,” she said. “We did see some flashes of transformers exploding. It was quite ominous.”

The next morning, on Saturday, she drove to work through a largely deserted landscape — traffic lights remained out; people largely remained inside amid persistent winds, and even if the worst of the storm had passed, hundreds of thousands of people throughout Atlantic Canada remained without power on Sunday afternoon, according to multiple sources, from government officials to electrical company website.

Almost immediately, meanwhile, discussions started about how climate change may have affected the storm.

David Phillips, a senior climatologist with Environment and Climate Change Canada, said such calculations are always tricky: Hurricanes form when surface level water temperature in the ocean rises above 26 degrees celsius, and such storms are strengthened by warmer air, which can hold more moisture — both effects of climate change.

At the same time, there are countervailing effects of climate change, including something called “shearing” which mitigate such storms, he said.

“We can’t dismiss (climate change) because it makes these storms more likely,” Phillips said. “But if you said to me in 50 years, will we see more of these? Well, I don’t think we necessarily will see more, we could see actually fewer because of the of the wind field. However, when they do occur, they could be more powerful.”

The other difference, he said, is that there’s a lot more people living along the coast, and a lot more infrastructure, vulnerable to such damage.

Blair said the federal government would match any donations to the Canadian Red Cross by individuals and corporations over the next month.