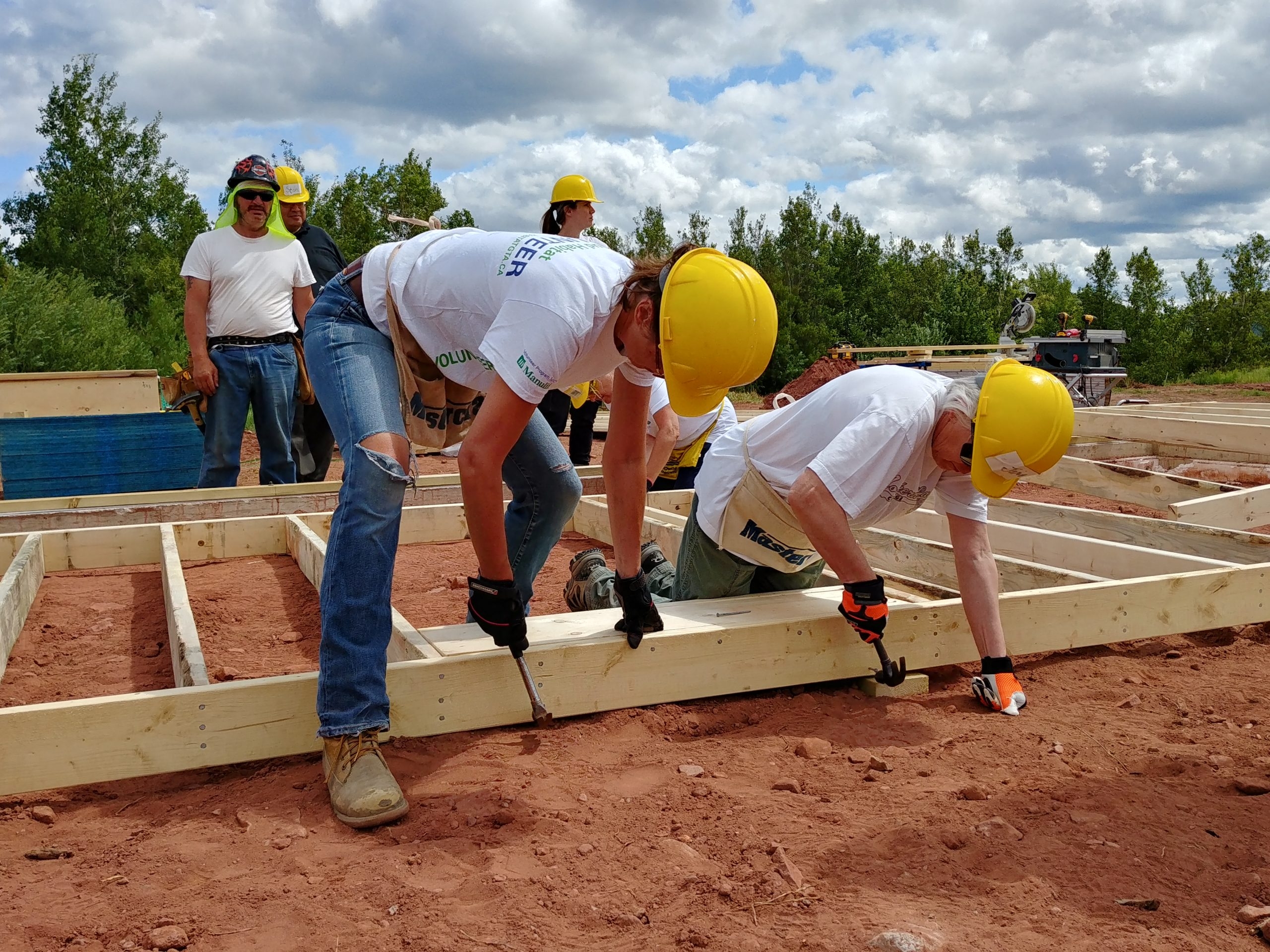 The housing affordability issue is top-of-mind with Canadians, but according to a new survey from Habitat for Humanity Canada, other growing concerns and barriers are just as worrisome.

These include a lack of housing supply, increased cost of living, discrimination and the age-old problem called the NIMBY sentiment, an acronym for Not in My Backyard.

“This survey underscores how deeply concerned Canadians are about their housing situations and futures as affordable housing becomes increasingly out of reach,” said Julia Deans, president and CEO of an organization that built its first home in Canada in Winkler, Man. in 1985.

“To address these growing concerns and make affordable housing and homeownership a reality for all Canadians, we need an all-in approach from non-profits, businesses, individuals and all levels of government.”

Based on a survey of 1,501 Canadians conducted in September by market research firm Leger, key findings revealed that:
• Upwards of 40 per cent of Canadians are concerned about paying their mortgage or rent over the next 12 months.
• Gen Zs (51 per cent) and millennials (52 per cent) are more than twice as likely to be concerned about paying their rent or mortgage than boomers (23 per cent).
• Almost three-in-10 Canadians (28 per cent) cannot currently afford a down payment of any amount towards a home.
• One-quarter of Canadians (27 per cent) are feeling pessimistic about whether much can be done to deal with Canada’s housing problems, and millennials – those aged 26 to 41, are the most pessimistic (34 per cent), compared to gen Zers , gen Xers, and boomers.

Deans said the survey was conducted in order to “put some concrete numbers against just how concerned Canadians are about housing and what it is they want to see done to resolve our housing issue. We felt this was a way to really quantify that concern.

“For the first time, there is no nobody in our country who is not touched by the issues of housing. And we heard from the survey that it is hitting people very personally – over 80 per cent said they may be spending less on things like food and transportation and paying down debt, in order to cover their housing costs.”

As for the NIMBY factor in which homeowners fret that their property value will decline if affordable housing is built nearby, Deans said that simply will not happen and points to research conducted in the past by the Boston Consulting group “that spoke to the societal value of every house that we build.”

Entitled Transforming Lives: The Social Return on Habitat’s Work in Canada, the study noted that apart from providing a dwelling built by volunteers, the “domestic home-ownership program works to enable families to break the cycle of poverty through access to affordable ownership of a safe and decent home. Homes are built with the help of volunteers and community partners.”

The survey indicated that upwards of 71 per cent of Canadian agree with the statement that “people worry about the impact of affordable housing on their property values ​​and neighborhood.”

It is, said, Deans a barrier, but one that can be overcome through an education process in which the positive attributes of creating affordable housing within a community are discussed.

These include the fact “research shows that property values ​​go up when you house people properly in a neighbourhood.

“And we also believe that every municipality should have land set aside for affordable housing and a great many do not. But the ones that do are going to be successful communities for the future.”

When it comes to the developer community getting involved, she said that “we need housing of all kinds. But when it comes to affordable housing, the way developers and builders can help us is to partner with us.

“We have some successful partnerships with developers where they are building communities, and they will designate a certain number of units to be Habitat homeowners. That is a terrific way to build affordable housing and support us while doing what they do best.

“We’re the only national affordable homeownership organization. We can use our voice to help get more housing built at every part of the spectrum from homelessness, to market rent and market ownership, and that is what we are doing.

“If we can get municipalities to recognize that they need to encourage housing for people at every part of that spectrum. that is a win for us, whether it is a Habitat house or not.”

By the Numbers:
• Nine in 10 Canadians believe there is a shortage of affordable housing in Canada.
• More than half of those surveyed (54 per cent) feel that NIMBY sentiment is one of the main barriers to making affordable housing available in neighbourhoods.
• One in 10 Canadians have experienced racism, sexism and/or other discrimination during their pursuit of housing.
• Upwards of 40 per cent of Canadians are concerned about paying their mortgage or rent over the next 12 months.