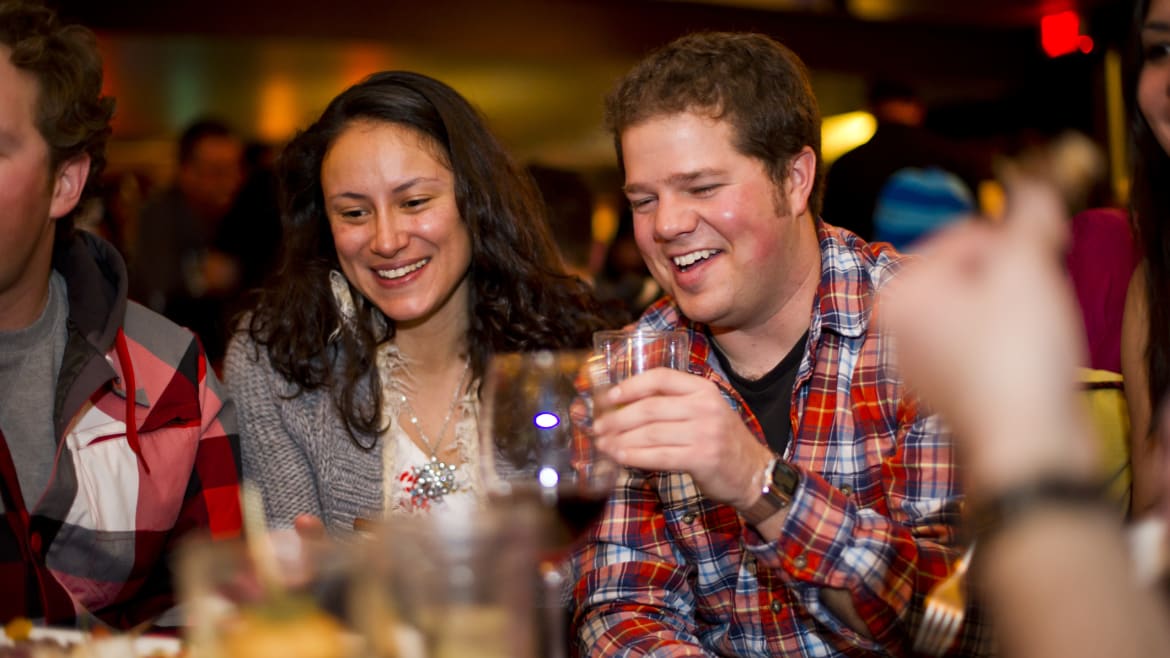 If you’re East or Southeast Asian, you’re probably very familiar with the alcohol flushing response—otherwise known as the “Asian glow.” After one or two drinks, your face and body grows redder than a sun-dried tomato, and people start asking you if you somehow got sunburned at the bar or party that night.

The flushing response is the result of a genetic quirk. More specifically, it’s an inherited deficiency with an enzyme dubbed aldehyde deydrogenase 2 (ALDH2). This genetic variant itself is called ALDH2*2 and affects roughly 8 percent of the world population.

While the glow is often just an embarrassing thing that can happen during a night out, more and more researchers are discovering that it can actually have some life-threatening effects on the human body. Stanford scientists published a paper on Jan. 25 in the journal Science Translation Medicine that found that those with the flushing gene variant might have a higher risk of heart disease. The findings suggest that those with the variant might want to reconsider their drinking habits.

Specifically, the variant causes blood vessel inflammation in response to alcohol consumption. This limits the flow of blood throughout the body, and could lead to coronary artery disease.

The authors discovered that people who participated in the new study and had ALDH2*2 suffered from impaired vascular function—even after just modest alcohol consumption or “one standard drink,” Wu said. This means that any amount of alcohol is potentially dangerous to those with the variant—especially if you already have exacerbating factors such as a family history with heart disease, high blood pressure, or high cholesterol.

However, there was a glimmer of hope. The researchers discovered that a diabetes drug dubbed empagliflozin seemed to have a nullifying effect on the symptoms in cultured human cells. It also improved blood vessel function in mice. The drug might be able to help humans at risk of heart disease due to the variant.

But Wu cautioned that the drug doesn’t “directly stimulate ALDH2 activity”—meaning it doesn’t target the flush response. Therefore, it won’t lessons your glow if you have it. “However, our studies showed that empagliflozin may potentially be used as a preventative measure against vascular diseases, especially in high-risk patient cohort such as ALDH2*2 carriers who drink excessively,” he explained.

This just adds to the body of evidence that drinking is actually horrible for people with the alcohol flushing variant. Not only have studies shown that it can damage your DNA, but it also increases your risk of cancer. Drinking is also just terrible for you in general—but especially if you have the glow.

Alcohol Is Even More Unhealthy Than We Thought, According to New Study

So, in the meantime, it’s important to remember that line from all those beer commercials and drink responsibly—especially if you glow red as a bite when you knock back a few. Heck, it’s probably a better idea to cut it out entirely. Of course, that’s a lot easier said than done.

“We realize it is very difficult for people to abstain from alcohol completely for a variety of reasons,” Wu said. “Hence we encourage people with this variant to be cognizant of the strong scientific findings that point to the harmful effects of alcohol and to cut down on alcohol consumption as much as possible.”

Read more at The Daily Beast.

Got a tip? Send it to The Daily Beast here

Get the Daily Beast’s biggest scoops and scandals delivered right to your inbox. Sign up now.