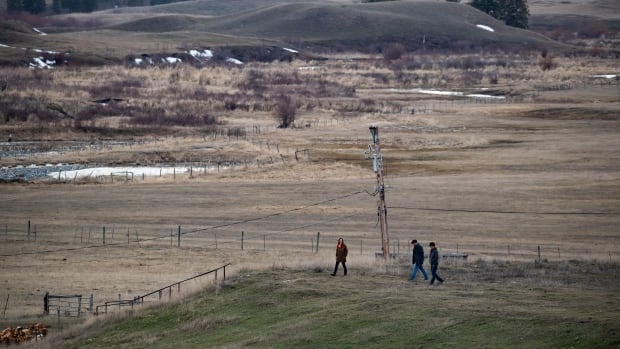 Update — Jan 25, 1pm: A BC First Nation has announced 66 more potential burial sites have been identified on the grounds of a former residential school.

This brings the total number of potential human remains identified in the first two phases of the investigation to 159.

The team used ground-penetrating radar to identify the possible burial sites. In a statement, the nation said all the possible sites were reviewed “through a rigorous quality control process.”

A First Nation searching for unmarked graves at the site of a former residential school in BC’s central Interior is announcing the preliminary results from the second phase of its search on Wednesday.

Williams Lake First Nation (WLFN) will be publicly releasing the findings from the next step of its investigation into St. Joseph’s Mission Residential School at 1 pm PT, after first speaking with chiefs and those directly affected by the institution.

“As we conclude the second phase of the geophysical investigation at the St. Joseph’s Mission, it has given WLFN greater clarity for what needs to happen next as we progress in our investigation,” Chief Willie Sellars wrote in a statement.

“As many communities across the country start or continue their investigations into Indian Residential Schools, we must work together to support each other, uplift each other, and ultimately move forward in a positive direction for our people and our communities,” he added.

The First Nation announced last January a preliminary geophysical investigation had found 93 “reflections” that could indicate bodies buried around the site of the former residential school.

The sites were identified using ground-penetrating radar, along with aerial and terrestrial LiDAR (Light Detection and Ranging) sensors.

Third-generation residential school survivor Grant Alphonse says people have previously been unwilling to talk about the horrors they experienced in the facilities.

WLFN launched the survey after similar findings at the former Kamloops Indian Residential School were announced in May 2021.

Many of the WLFN’s members were forced to attend St. Joseph’s, which opened in 1891. It began as an industrial school and later grew to include Onward Ranch, which was acquired in 1964 to sustain the school.

“There are some of us that feel a bit triggered, but myself? I think … it’s good to show the world what happened to us,” said Grant Alphonse, who was forced into the institution in the 1970s.

“By doing this, it exposes the damages that has been done to our people … so for the people that are ignorant of that, [they] are now going to be learning by these findings … that is a positive thing.”

Ground-penetrating radar is being used by Indigenous communities to pinpoint unmarked graves near former residential school sites. Here’s everything you need to know about the technology behind these discoveries.

The vast majority of school buildings have been torn down since it shut down in 1981.

Sellars has said there were reports of children disappearing from the school or dying on its grounds while it was still in operation, but those stories were “intentionally obscured” through destruction of records and cover-ups by governments, church authorities and police.

More than 150,000 children were forced to attend residential schools in Canada from the 1830s until the final school closed in 1997. The institutions were created by the Canadian federal government to assimilate Indigenous people, in part by forcibly separating children from their parents.

Support is available for anyone affected by their experience at residential schools, and those who are triggered by the latest reports.

A national Indian Residential School Crisis Line has been set up to provide support for former students and those affected. People can access emotional and crisis referral services by calling the 24-hour national crisis line: 1-866-925-4419.